Fonts can be a real pain, especially when working with an application that uses multiple languages or requires localization. Once you do decide the best way to include fonts with your application, you may want to have control which glyphs or characters are included. Simply including ALL your fonts will unnecessarily bloat your application. 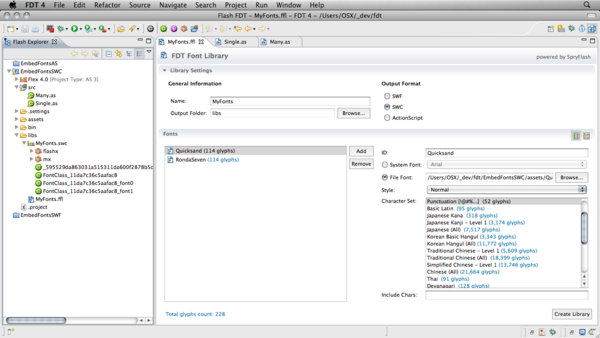 FDT has many, many more features to be explored. Stay tuned for more tutorials!