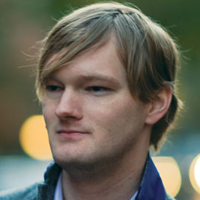 Alan in based in NYC, he will be evangelizing FDT while working for projects in the city that never sleeps !

1994, the year Netscape Navigator was released, is the year Alan began experimenting with web based languages. At the time, he was in middle school hacking around with C++ but the language did not excite him as much was what could be done with HTML and Javascript. After a hiatus from programming between 1999 and 2005, he jumped back into development when Actionscript 3 came to Flash.

Alan began using Powerflasher’s FDT in late 2008. He took to it immediately as the professional IDE that Flash Developers had been missing up to that point. He enjoyes experimenting and extending it’s features as well as building new ones.